I love a good book cover.

Yeah, I know you're not supposed to judge a novel by it's cover, but there's something exciting about seeing the book jacket for the first time, both as a writer and a reader. Which is why I'm excited to help promote this new book from the talented Heather McCorkle.

Rise of a Rector is the final novel in her channeler series (due out this October). To celebrate Heather is giving away two copies of her historical fantasy novel, To Ride A Puca. Before we get to that though, here is the cover: 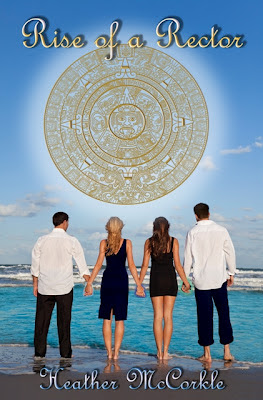 To add it to your Goodreads lists, click here. If you'd like to check out the rest of the channeler series (her novella Born of Fire is now FREE on Amazon & B&N!) you can do so on Amazon and Barnes and Noble. To win an eBook of To Ride A Puca, all you have to do is help Heather spread the word.

There will be two winners! To enter fill out this form.

Thanks for helping Heather spread the word, and GOOD LUCK!

The Book In My Bag Today: The Girl of Nightmares, Kendare Blake 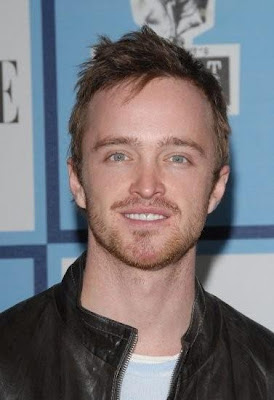 I *may* be crushing a bit on Aaron Paul.

You may know him as Jesse Pinkman on the hit TV series Breaking Bad - which is pretty much the only place I know him from, and really, we've only just met.

Not literally *met*, of course. I mean, figuratively since I've only just discovered the brilliance that is Breaking Bad.

Hubs and I are about three quarters of the way through the first season, and I'm captivated. Perhaps borderline obsessing - and it has only a little to do with Aaron. No, really.

The writing is amazing.

Unlike the majority of TV shows I'm addicted to these days, Breaking Bad isn't a fast-paced, get-your-heart-pumping, sex-infused supernatural jaunt. Though at times somewhat shocking, and perhaps slightly gory, Breaking Bad is more of a slooowww burn - but man, when the pieces all come together, the payoff is worth the investment. And then some.

Breaking Bad is one of six shows sitting next to my DVD player, along with Being Human (season 2), Buffy the Vampire Slayer (all seven seasons - gulp!), Dead Like Me (2 seasons), Lost Girl (season 2), and Mad Men. I'm a little bogged down in TV land these days - but I have a good excuse.

As most of you know, I've just recently signed a rep agreement with the amazing agent Anna Archer of Lucas Talent. Anna reps screenwriters and show runners for the Canadian TV/film market, and I'm thrilled to join her team...

And yes, a little scared.

My whole life, I've wanted to write books - in all genres, for all ages. That's still the main dream, but my writing aspirations have extended to the screen, and though I'm mums-the-word (for now) on what's on the horizon, I admit, I'm going to need to lean on my muse to get me through the next week of writing both for the original dream, and in its now super-enhanced form.

I think Aaron is perfect for the role. How about you?

If you're not watching Breaking Bad, you should check it out. It's smart, thought-provoking TV, with stellar writing, and some excellent acting, particularly the work of Aaron and Bryan Cranston. Already Breaking Bad? What do you think of the show?

The Book In My Bag Today: The Girl of Nightmares, Kendare Blake