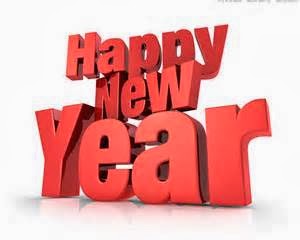 After two years of posting about smoking hot guys every Monday, I abandoned the Muse Avatar feature. How many times can I put up pictures of Charlie Hunnam and Kiefer Sutherland, anyway? I cobbled through the rest of the year with random posts about resolution goals, books I'd read, cool stuff going on in my career and then—

My last post was back in October. Which is odd, since November and December were pretty damn exciting. More on that, but first—

2013 was a year of ups and downs, triumphs and defeats, tears and laughs—well, you get the gist. I lost 25 pounds, only to gain back 30. I completed two Chase Duffy books for the Alberta Canola Producers, and launched them with thousands of kids. Killer's Instinct—the creeptastic zombie tale I co-wrote with Judith Graves—went through extensive edits, and is *this close* to launching from Leap Books for realz. Jessica Bell and I launched two new blogs as part of Vine Leaves Literary Journal—one of which I kinda dropped the ball on. The other one is pretty awesome. I "resolved" to write 500,000 words (ended up with 325,675 which isn't horrible), read 50 books (erm, not even close) and watch 50 movies. I didn't meet that resolution, either.

* waits for reality to set in *

Okay, this is not you normal "how I got my agent" story—and anyone who knows me won't be surprised. Because I don't do anything "normal."

But here's the fast version, because if I linger on it too long, I begin questioning whether it really happened at all. In November, Mandy put out a call for submissions. Tired of waiting for someone to query her with one of the books on her manuscript wishlist, Mandy concocted a plan—audition authors to write the book she wanted, and turn it into an in-house development project. for D4E0. Brilliant!

I auditioned with 10 pages from my YA psychological thriller and was (gasp!) shortlisted, and tasked with writing two scenes of pretty much the coolest project ever. The plot was developed by Mandy and Bree Ogden, another super cool agent. To work with them both? An impossible dream.

But they liked my submission. They really, really liked it. And I was asked to write one more scene.

Somehow—and I'm still not sure how— they gave me the job, and though I can't tell you the topic of the book, I can tell you this: It's BRILLIANT.

But even better, Mandy is now MY agent — for all kinds of writerly things. She'll sort through what I've written, what I wish I'd finished writing, and more than 300 loglines of projects I wish to write. I'll write stuff. I'm so excited to just...write.

I love Mandy. No, really. (Even though she wavers on her opinion of Charlie Hunnam. Um...that's weird.)

It's now 2014 and I'm ready to set some goals for the year. I suppose they'd be considered resolutions, but I'm reluctant to label them as such.

1. My friend Karen has challenged me to read 50 books this year. On it.
2. I will finish this amazing and cool development project for Mandy and Bree.
3. I will focus on my health.
4. I will watch 25 movies in the theatre.
5. I will blog more. Here, and here.

Lots of cool stuff on the horizon—but maybe it's best I end this post now. I've already completed the first book of the year and I'm due a review.

Happy New Year—and wishing you SO MUCH success on YOUR resolutions, and all the best for an exciting, successful and healthy 2014.